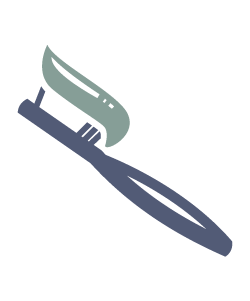 When your general dentistry professional examines your gums and notices that they are bleeding, they may suspect gingivitis. While gingivitis is one of the most common causes of bleeding gums, other conditions such as certain blood disorders and medications can also raise your risk. In addition, the following dietary supplements may also heighten your risk for bleeding gums.

Fish oil supplements are thought to play a role in lowering the risk of heart attack and stroke. They are rich sources of omega-3 fatty acids, which are found in fatty fish such as tuna, salmon, and mackerel. If you take aspirin or prescription anticoagulant medications to lower your risk for heart attack, stroke, or blood clots, your doctor may advise you against taking fish oil or omega-3 supplements.

Like aspirin and prescription anticoagulant medications, these supplements can have an anti-clotting effect on your blood because they can make your platelets less sticky and less likely to clot in a timely manner. Because of this, your gums may bleed profusely when brushing and flossing your teeth, and they may even bleed when you are eating or spontaneously. If you take fish oil supplements and experience bleeding gums, let your dentist and hygienist know.

Also known as ascorbic acid, vitamin C is an essential antioxidant that helps boost immunity and enhance collagen production. It also lowers your risk for periodontal disease and scurvy, a disease caused by a severe vitamin C deficiency, which can lead to gum destruction and oral hemorrhaging.

While vitamin C is important for gum health, taking more than the recommended daily allowance may lead to abnormal bleeding, including nosebleeds, excessive bruising, and bleeding gums. Vitamin C can decrease platelet aggregation, which means that it can make your blood platelets less sticky, just like fish oil supplements can.

To help prevent bleeding gums caused by the effects of large doses of supplemental vitamin C, get your recommended daily allowances of vitamin C through the foods that you eat. Vitamin C-rich foods include oranges, grapefruit, broccoli, spinach, lemons, tomatoes, bell peppers, and limes.

If you take dietary supplements and develop bleeding gums, make an appointment with your dentist as soon as possible. While your supplements may be the cause of your bleeding gums, you will need a comprehensive dental examination to rule out other potential causes such as periodontal disease, gum recession, gingivitis, or an oral bacterial infection. Contact a general dentistry clinic to learn more.